Our fabrics are mostly Ankara and bought in Angola. They come from different countries such as Congo, Nigeria, Ivory Coast and Ghana.
In Angola, the use of "panos" was from early 1900's a form of urban female attire as well as the traditional attire of fishermen from the island of Luanda. Woman from the urban elite, descending from the Axiluanda were referred to as Bessanganas and their use of "panos" was quite distinct involving a series of undergarments, four layers of "panos" over a long sleeve blouse and a smaller "pano" wrapped around the head. The traditional way of dressing became known by Bessangana. Also some of the fabrics sold in Luanda are also called Bessangana. The origin of Bessangana, comes from Besá ngana which means 'blessing my lady'

African fabrics have been part of African culture for centuries. Hand woven textiles represent African cultural heritage of the past, but the vibrant colours and diversified motifs of printed cloths evoke contemporary Africa. Despite not being as valued and acknowledged as the hand woven striped or dyed textiles, printed cloth, whose motifs are obtained by wax or resin resist, are currently the most popular and disseminated cloth in West Africa. It is said that the wax-resist block printing technique has probably occurred in China and spread from there to the Indonesia and Malay islands, through the Silk Routes. It is believed that the African taste for batik textiles dates back to the time when the Dutch recruited soldiers from Ghana to Java, during the colonial wars in the 18th century. On their return, the soldiers introduced the taste for the Javanese motifs created with the wax-resist technique (batik). 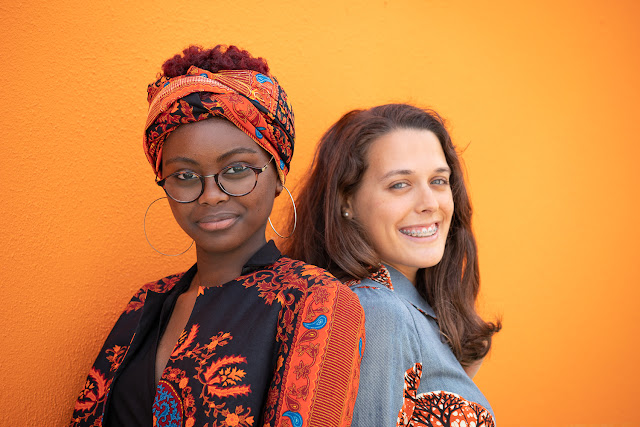